The smoking gun of climate change flummery-- if the emails are authenticated. 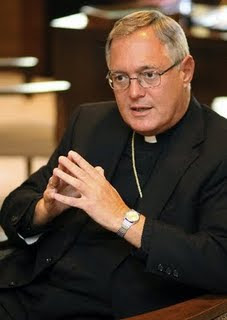 Bishop Tobin: Pro-Abortion Catholic Pols Should Worry About Their Souls, Not Job
Washington, DC (LifeNews.com) -- Bishop Thomas Tobin of Rhode Island, who has been involved in an exchange on abortion and communion with pro-abortion Congressman Patrick Kennedy, gave an interview this week to Fox News' Bill O'Reilly. On the program, he said pro-abortion Catholic politicians need to be more worried about their souls than their jobs. "The most important commitment we can make is our faith, because that defines our relationship with God. Nothing is more important than that. And if your job, your profession, your vocation gets in the way of that, you have to quit your job and save your soul," Tobin said. Tobin also said on the show that his 2007 decision to ask Kennedy to voluntarily stop receiving communion because of his pro-abortion stance was not a "punishment." "Every Catholic has certain obligations, it means something to say you are a Catholic. No one is forced to be a Catholic," he said. "If you choose freely to be a Catholic it means you do certain things, and you believe certain things, and I think all I'm trying to say to Congressman Kennedy and others who might be involved, say: if you're a Catholic, live up to your faith. Understand what the Church teaches, accept those teachings, and live that faith. If the church, not just the Catholic Church, but the religious community - if we don't bring these values, this spiritual vision to these discussions, who else will do that?" 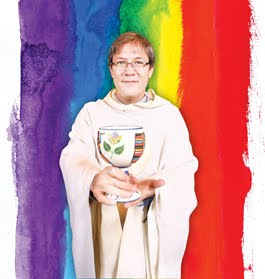 Sometime in the next few days, I hope to write a bit about the goings-on described in this article. As soon as I get my teeth to stop gnashing.
Posted by Bob at 9:43 AM Links to this post 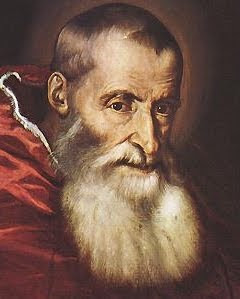 The anti-Catholic propaganda of Protestantism, which has now morphed into the anti-Catholic propaganda of militant secularism, has long maintained that the Catholic Church did nothing to fight for the natural rights of the native inhabitants of the New World, and actually abetted their cruel treatment at the hands of Spanish and Portuguese explorers.

Well, OK, let's start at the top; let's start with the Pope. What did Pope Paul III write in 1537, just 18 years after Cortez landed in Mexico, and only eight years after Pizarro invaded Peru? "Nice going, guys, those heathens sure deserved to be exploited to the hilt for your enrichment?"

From the encyclical Sublimus Dei:

... notwithstanding whatever may have been or may be said to the contrary, the said Indians and all other people who may later be discovered by Christians, are by no means to be deprived of their liberty or the possession of their property, even though they be outside the faith of Jesus Christ; and that they may and should, freely and legitimately, enjoy their liberty and the possession of their property; nor should they be in any way enslaved; should the contrary happen, it shall be null and have no effect.

Read the whole thing (it's short) here.
Posted by Bob at 10:57 PM Links to this post