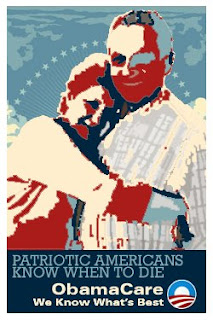 Frank McCourt, the novelist, just recently passed away. I understand he was a very warm and charming individual in person, and people tell me they've really enjoyed his books. But I have to say that I wish he hadn't dropped so many snarky comments about the Church in the course of his celebrity. Our enemies will be quoting him for years.

Why can't people who leave the Church just let it alone?
Posted by Bob at 5:53 PM Links to this post

Re-reading R. W. Chambers' classic biography of Thomas More, I was struck by this quotation from Judge Rastell's contemporary notes on Parliamentary debate over the infamous Act of Succession, which required all subjects of Henry VIII to swear an oath acknowledging him as Supreme Head of the Church in England:

Note diligently here that the bill was earnestly withstood, and could not be suffered to pass, unless the rigour of it were qualified with this word maliciously; and so not every speaking against the Supremacy to be treason, but only maliciously speaking. And so for more plain declaration thereof, the word maliciously was twice put into the Act.

And yet afterwards, in putting the Act in execution against Bishop Fisher, Sir Thomas More, the Carthusians, and others, the word maliciously, plainly expressed in the Act, was adjudged by the King's Commissioners, before whom they were arraigned, to be void. [emphasis added]

If anyone is inclined to accept the current assurances emanating from Washington that this or that new legislation compelling doctors and pharmacists to collaborate in providing abortions will be equipped with a "robust conscience clause" excusing those who decline on moral (for our purposes, Catholic) grounds -- well, just be aware that that particular joke is almost five hundred years old. Fool me once, shame on you. Fool me twice...
Posted by Bob at 9:06 AM Links to this post

Let a hero's work be noted!

In a post about the assault-with-a-deadly-weapon attack on a pro-life demonstrator in Chico, California, the estimable Suzy B blog said this:

Considering that Mr. Cantfield [the demonstrator] was simply showing pictures of what abortionist George Tiller did day after day, how can anyone be angered? Tiller was portrayed as a hero for women; why not show his “heroic” actions?

Why not, indeed?
Posted by Bob at 4:35 PM Links to this post

While reading the entry on "English Confessors and Martyrs (1534-1729)" at the online Catholic Encyclopedia, I came across this:

The tyranny they had to withstand was, as a rule, not the sudden violence of a tyrant, but the continuous oppression of laws sanctioned by the people in Parliament, passed on the specious plea of political and national necessity, and operating for centuries with an almost irresistible force which the law acquires when acting for generations in conservative and law-abiding counties.


It seems to me that this is the type of oppression against Catholics that we can expect sometime in the next decade or two in our own country. The persecution won't come with the "sudden violence of a tyrant" -- there'll be no big roundups or concentration camps (needlessly bad PR, after all) -- but with the same kind of "continuous oppression" of laws piled upon laws that slowly strangled the Catholic faith in England.

And not only there. How did the Catholic populations of the Near East and North Africa dwindle away after the Islamic conquest of the 600's and 700's A.D.? Yes, sometimes by slaughter and direct coercion, especially at first. But Islamic rulers quickly found a far more cost-effective method: impose second-class citizenship, special legal burdens and a tax on being something other than Muslim; then just let that work on human nature over time. In every generation, after all, there are bound to be lukewarm Christians. Some of them will give up and "move on", taking up the favored religion for the creature comforts it brings.

And we Americans are, despite the fashionable defiance of authority we often put on when it's safe, are basically a "conservative and law-abiding" society. As laws change, we grumble, but we usually end up complying.

So look out for the gradual pressure that will be brought to bear on our Catholic teachings during this and later administrations. Not, to be sure, on Catholic positions that can be made to bend to leftist aims, such as government aid for the poor (which, strangely, never manages to reduce the number of the poor) and "immigration reform". But on the real "life" issues -- abortion, euthanasia, embryonic stem cell research, cloning, and others -- there will be decreasing toleration of Church teachings. And on other teachings as well -- gay marriage, for instance, where we can soon expect a soft censorship on preaching and catechesis based on severe, yet vague and malleable, "hate speech" laws.

Add to this legal pressure from outside the pressure of the Kmiecs, McBriens, Chittisters et al., who from inside the Church will be only too happy to side with the government against authentic Catholic teaching. They held the Church's Magisterium in slight regard already; but since January 20, 2009, they have also gained a powerful external White House ally with filibuster-proof majorities in Congress. They will help bring on the oppression of faithful Catholics, and provide pseudo-Catholic cover on CNN for the secularists whenever there are complaints. And it will all be done under "the specious plea of political and national necessity".

So, faithful Catholics, I'd say: brush up your bio for the Catholic Encyclopedia's future entry on "American Confessors and Martyrs (2009-present)". If our entry names half the number of names that the English one does, we'll have done well.
Posted by Bob at 12:54 PM Links to this post