Obama economic advisor Robert Reich does us all a favor:

I will actually give you a speech made up entirely almost at the spur of the moment of what a candidate for president would say if that candidate did not care about becoming president. In other words, this is what the truth is and a candidate will never say, but what candidates should say if we were in a kind of democracy where citizens were honored.

I'm so glad to see you, and I would like to be president. Let me tell you a few things on healthcare. Look, we are we have the only healthcare system in the world that is designed to avoid sick people. That's true.

And by the way, we are going to have to, if you are very old, we're not going to give you all that technology and all those drugs for the last couple of years of your life to keep you maybe going for another couple of months. It's too expensive. So we're going to let you die.


Catholics who voted for Obama should ponder Mr. Reich's words. Is this what you wanted? If not, what are you doing about it? Remember, Reich isn't some unknown kook or talk show host; he's a former governor and Secretary of Labor, and Obama picked him as an advisor.

Listen to the complete audio of this 2007 speech at Berkeley here.
Posted by Bob at 9:20 AM Links to this post

"Is there no virtue among us?" 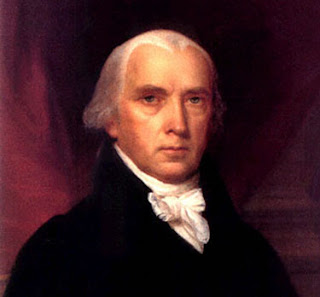 I believe our Church took a terribly wrong turn when, beginning after Vatican II, it de-emphasized the cultivation of individual virtue (as an expression of the love of Christ) and threw all its attention upon cultivation of the Corporal Works of Mercy (i.e., feeding the hungry, relieving poverty), but in a very peculiar way -- by cultivating the power of the government to coerce from unwilling donors the counterfeit of Christian charity via taxation and redistribution -- that is, socialist solutions to societal problems.

So I guess I'm agreeing with James Madison, who said in 1788:

Is there no virtue among us? If there be not, we are in a wretched situation. No theoretical checks -- no form of government -- can render us secure. To suppose that any form of government will secure liberty or happiness without any virtue in the people, is a chimerical idea...

Had the Church concentrated on its immemorial task, bringing individuals to a love of Christ which would express itself in sacrificial love of neighbor, we would have a much healthier nation now, and ironically, the conditions of social justice which are so often prayed for would be far closer to realization -- through the virtue of sacred Charity in millions of ordinary people.
Posted by Bob at 12:06 AM Links to this post 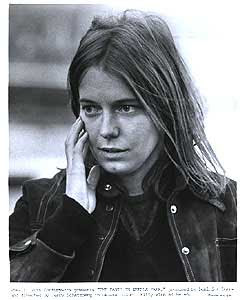 Lately, we've been enjoying reruns of the early '70's TV series The Streets of San Francisco, and something from a recently-aired show seemed worth noting.

In this episode, a young woman called Barbara (played by Kitty Winn, of The Exorcist and The Panic in Needle Park fame) chooses to have her out-of-wedlock baby at a home for unwed mothers, against the wishes of her hyper-feminist mother, who wants her to get an abortion. But it turns out that the home is in cahoots with a doctor who lost his license for doing abortions back in the '50's, and who has a nice scam going. When one of these mothers is ready to deliver, the doc over-anesthetizes her and then tells her, when she awakes, that the baby was stillborn. He then sells the baby on the illegal-adoption market.

Barbara doesn't buy that story, though, and goes hunting for the child. In the final confrontation scene, her mother tells her she isn't being reasonable. She rounds on her mother and says:

What's your idea of "reasonable", Mother? Pill in the morning? Sex at night? Abortion at the end of a careless month? That's not my idea of "reason". I know what it is to have life inside of me -- growing, through me. You never taught me that. You never taught me that life and love are the same. You didn't want me to have my baby. Nobody does. Nobody.

This episode aired in 1973, shortly after Roe v. Wade. You probably couldn't get such an intelligent and forthright challenge to abortion on the air today, but back then, the issue was still new and raw enough, maybe, to allow for a wider range of expression.
Posted by Bob at 2:37 PM Links to this post